How Bathrooms Have Evolved Over Time

Bathrooms have been staple parts of the modern home for decades. However, they haven’t always been as common as they are now. It is easy to overlook the modern bathroom design in terms of importance, but over the years, they have been increasingly important for health, accessibility, comfort and a plethora of other reasons. Of course, this is due to many factors that have basically forced bathrooms to evolve over time. This guide will go over how the modern bathroom design has gotten to where it is today.

The Beginning of the Modern Bathroom Design

To start with the story of the modern bathroom design, we have to go back to the very beginning. Before bathrooms were where they are today, they were incredibly scarce in most homes. In fact, they were really only implemented in luxury homes owned by wealthier people. Most average people would use an outhouse or a shared bath. This would begin to change around 1840, when indoor plumbing was introduced. Of course, this was an incredibly important innovation that was introduced to the average home.

By 1920, the majority of newly constructed homes would include a bathroom with indoor plumbing. This was only new construction however, as it was relatively difficult to add a bathroom into a home that did not already include one. After this new way to build homes, it became an essential aspect of new constructions. As the years went by, the importance of a bathroom was seen in different ways. The main reason as to why bathrooms became such a focus, was due to how important they are for the overall health of both the individual and the home itself.

When bathrooms were first introduced into the average home, they looked much different than they do today. First of all, the design was very basic. Try to picture what an old hospital bathroom looked like, and that is essentially what older bathrooms started as. The general look of older bathrooms were white, simple and only included the essentials. This was mainly just a toilet and a sink, as showers and bathtubs were not yet staple fixtures in a bathroom during the early days.

Although they were making their way into the average home, they were still definitely luxury additions. Because of the time period, a bathroom was mainly just for the bare necessities. In addition, the health benefits that a bathroom provides were not yet fully understood or experimented with. Of course, this was simply the blueprint to the modern bathroom design, which has a much better approach to personal health and overall hygiene. This is also because modern bathrooms have essentially everything the average person needs to take care of themselves and live comfortably.

Now that bathrooms are somewhat standard in the average home, it is easier for them to evolve and change over time. For example, because they were in privately owned homes, people were allowed to get much more creative with how their bathroom looked. Around the 1950 mark, there was a bit of a bathroom design revolution. People wanted to transform the bathroom into something more than just another room. In addition, the bathroom design industry started to step up the game in terms of what a bathroom should have in terms of necessities and accessories.

One of the main design evolutions that was implemented was the introduction of more vibrant colors. As previously stated, before this, many bathrooms were simply all white in every aspect. To make the room more exciting, beautiful color combinations were used to add a touch of creativity and personality. This includes the colors of the walls and floors, as well as the new colors used in common bathroom fixtures, such as toilets.

Perhaps the most important advancement that bathrooms took at this time is the overall purpose of the bathroom evolving. Instead of just a space to use the toilet, it became a room used for comfort and relaxation as well. This was done through the use of more comfortable fixtures over time, as well as improvement of the overall atmosphere. Although they were used exclusively for function at first ,the focus on a comfortable bathroom became much more important year by year. 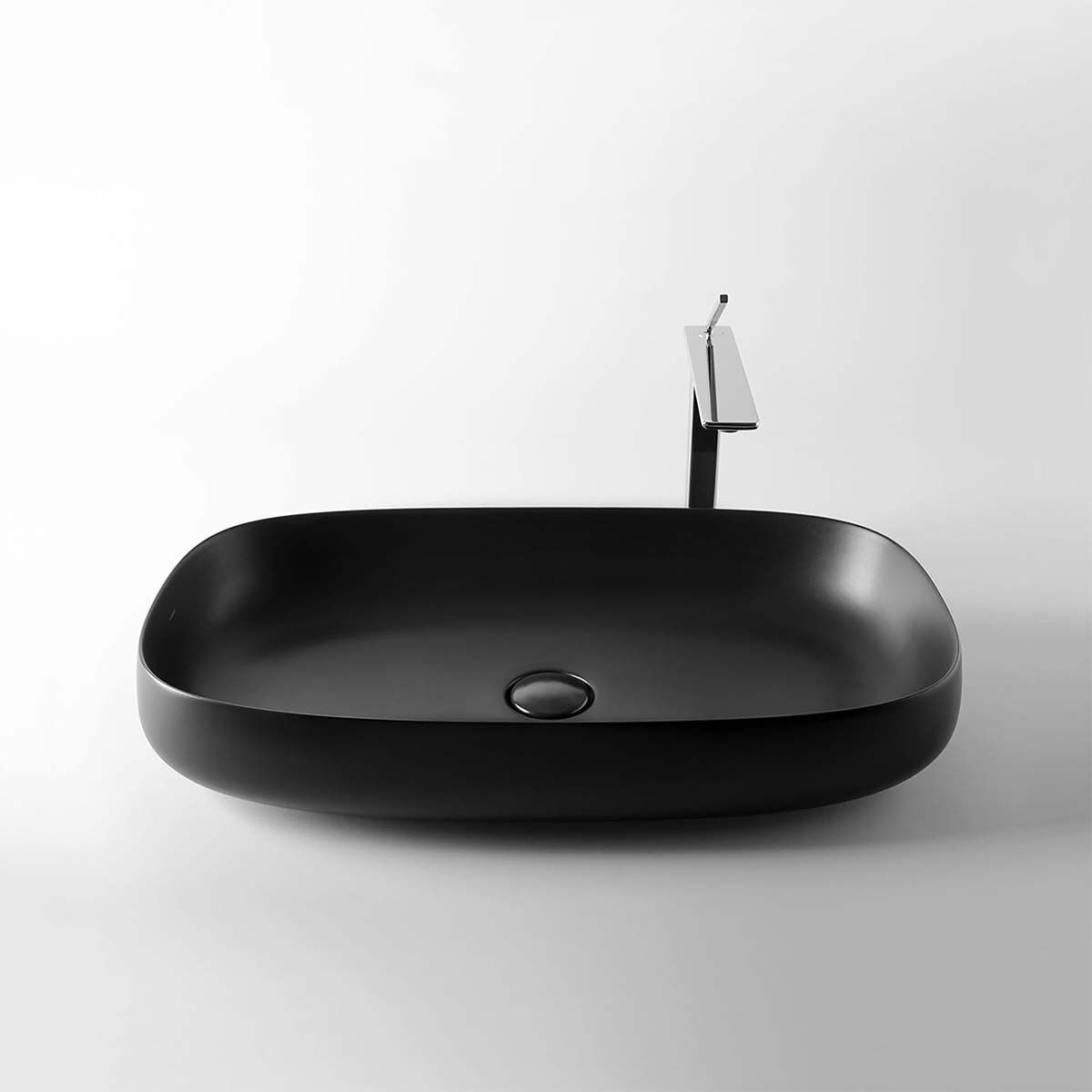 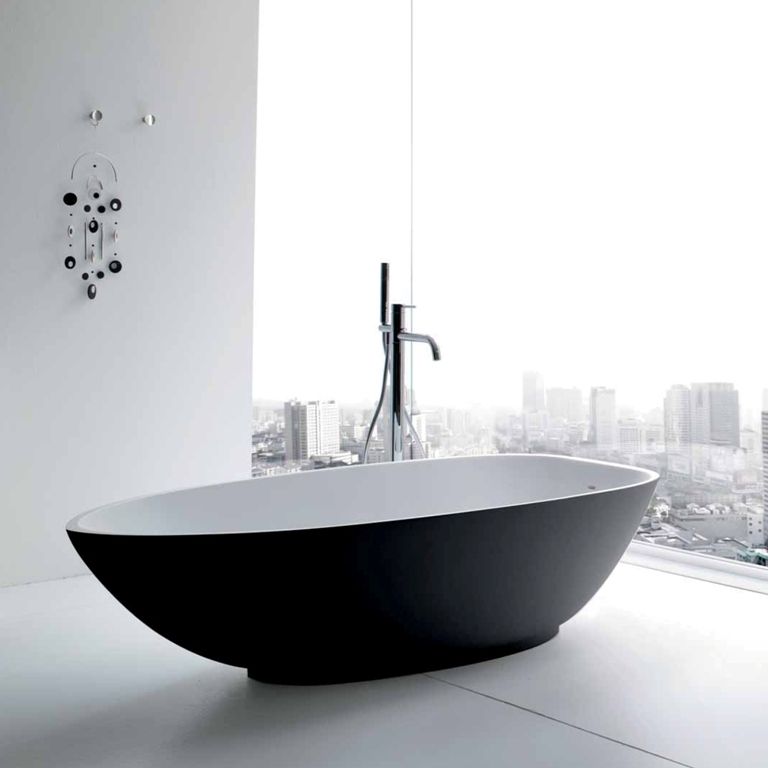 One of the most important additions to the bathroom design was the inclusion of the modern style shower. The shower was a great introduction, but it was still an uncommon fixture to find in most bathrooms at the time. As the years progressed however, the shower became much more streamlined due to how important hygiene became as people learned more about overall health and wellbeing.

In terms of common bathroom lighting, there wasn’t much difference between the rest of the home. Because home bathrooms were still relatively rare, there wasn’t much information or range of possibility of what type of lighting would work best. As designs evolved over the years, it was discovered that efficiency was key in terms of lighting. LED lighting quickly became the best way to light a bathroom. This was mainly due to low energy costs and high quality lighting. Other types of lighting are still used in many modern bathrooms today, but LED lighting is definitely one of the best options.

In the beginning of modern bathroom design trends and necessities, most designs were still taking baby steps. One of the most important aspects of a bathroom that helped it greatly, was improved heating and ventilation. Bathrooms were originally heated as the rest of the home was heated. Some had fireplaces, others had wood or coal heaters and many other common methods were used as well. Now, modern bathrooms can have heated floors, space heaters, heated towel bars and a plethora of other effective heating methods.

In terms of ventilation, bathrooms have come quite a long way. Much like the rest of the home, the main source of ventilation was mainly through windows, with fans being used in some circumstances. In today’s modern bathroom designs, exhaust fans, dehumidifiers, air purifiers and ceiling fans are some of the best ways to ventilate a bathroom. Of course, windows are always a great way to ventilate a space in an extremely cost effective manner.

Bathroom materials have definitely changed through the years. However, some materials have actually been constant for quite a long time. Some materials that have been used in bathrooms forever include different types of wood, stone, plastic, ceramic and porcelain. These materials are generally easy to acquire and very effective in a bathroom. Materials such as ceramic and porcelain were great for toilets, sinks and other bathroom fixtures that come in constant contact with water.

How the Functionality of a Bathroom has Evolved

Functionality in a bathroom design has improved greatly over time. Because bathrooms really only started as places to relieve yourself, the only way it could go was up. In the beginning, the bathroom was really only just a toilet. Over time, more fixtures were implemented in order to transform the bathroom into more of a space for hygiene, comfort and relaxation. Below is a list of fixtures introduced over time to greatly increase the functionality of the space.

Focus on Health and Wellness

Perhaps the most important step in the advancement of modern bathroom design trends is the heavy focus on health and wellness. Bathrooms have become much more comfortable and relaxing environments. As more improvements come to bathroom technology, trends and layouts, the more comfortable a bathroom will be. In the beginning bathroom designs, they were strictly for function. The introduction of the modern shower and other hygiene focused fixtures helped the focus on health and wellness grow steadily over the years.

It is no secret that bathroom designs have changed since they were first brought into the home in the early 1900s. Today’s modern bathroom design looks vastly different than early designs, but what changed? One of the main differences is how color is used in a bathroom design today. Color is one of the foundation design elements of a complete bathroom style. Today, popular colors for bathrooms include colors such as black, earthy tones and other neutral colors. This is much different than the strict white color scheme of the earlier days of bathroom design.

Another thing that has been heavily focused on is the inclusion of automatic bathroom fixtures and accessories. Automatic or hands free fixtures and accessories are good for two main reasons; cleanliness and efficiency. By not having to touch anything, the spread of germs decreases significantly. In addition, automatic fixtures are extremely efficient, optimizing the amount of water flushed or soap dispensed to the most accurate amount.

To sum things up, bathroom designs have been evolving into incredibly versatile spaces. In the beginning of modern home design, bathrooms were very rare to see. However, as design, functionality and health become more important to the average person, bathrooms become much more necessary. All in all, the importance of the modern bathroom design has stemmed from the ever growing focus on the most important aspects of daily life. Health, wellness, hygiene and similar factors helped the modern bathroom design take steps in the right direction and bring it to where it is today.