Bathroom designs are generally designed quite similarly when comparing them against each other. However, there are always some bathroom design elements that are contentious or polarizing among designers and homeowners. These will generally be design trends that are unique, quirky or just uncommon in general. This guide will go over 10 of the most polarizing bathroom features that you will commonly see in the bathroom design industry.

Although bathtubs are slowly disappearing from bathrooms, they are still in many bathrooms across the country. In fact, it would be safe to say the majority of master bathrooms have a bathtub. However, they are becoming more of a luxury than a necessity at this point. Many people will simply prefer to take a shower rather than a bath. This is due to convenience, time and several other factors.

On the other hand, bathtubs are great bathroom fixtures to have if you can accommodate it. Bathtubs are incredibly comfortable if they are of high quality, being perfect luxurious fixtures for a spa bathroom. In addition, bathtubs and showers are often combined. This makes removing the bathtub much less of a priority than it would be otherwise. People are starting to be more attracted to standalone or open showers due to the space creation and general aesthetic. In general, this is one of the things that will make or break a bathroom design for some people. 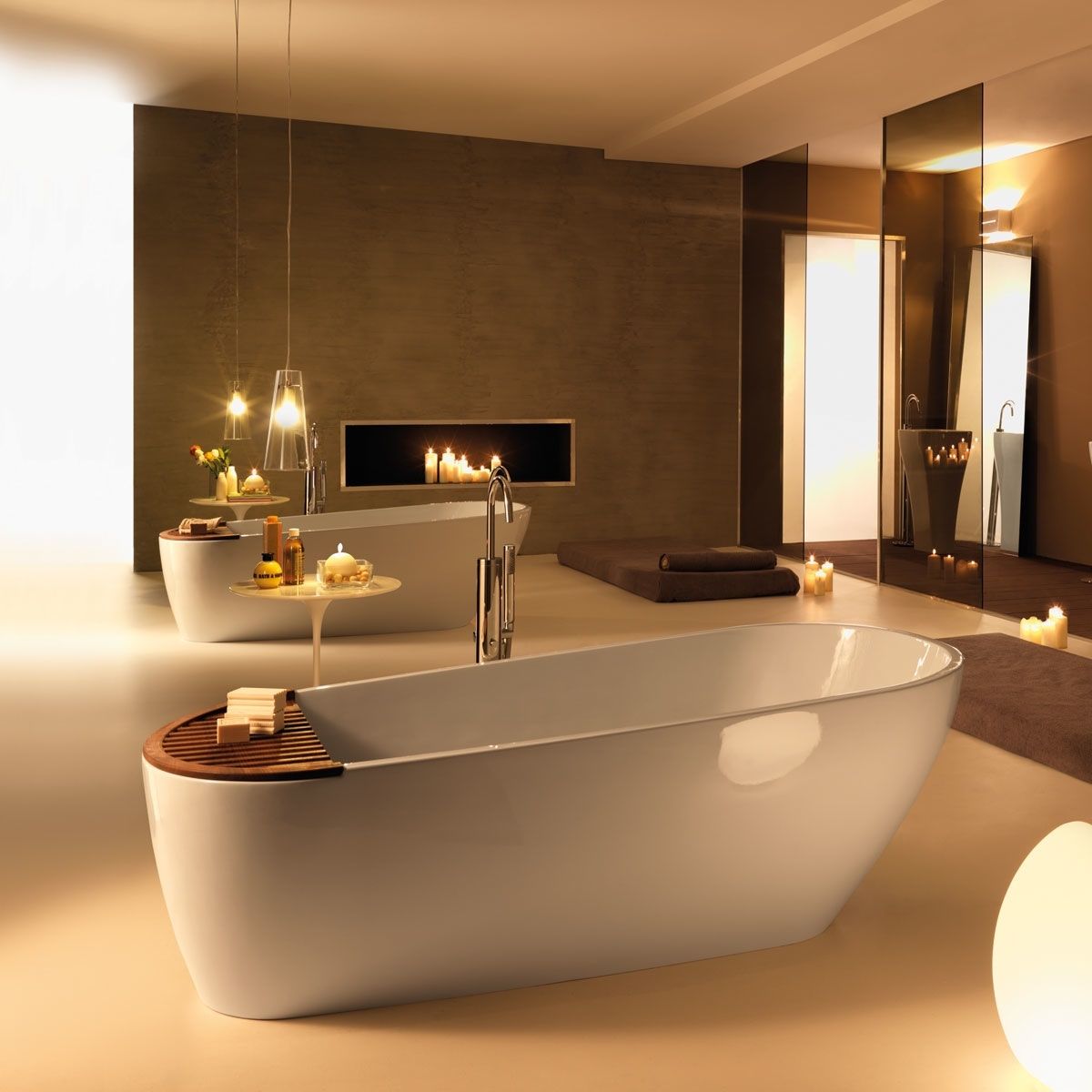 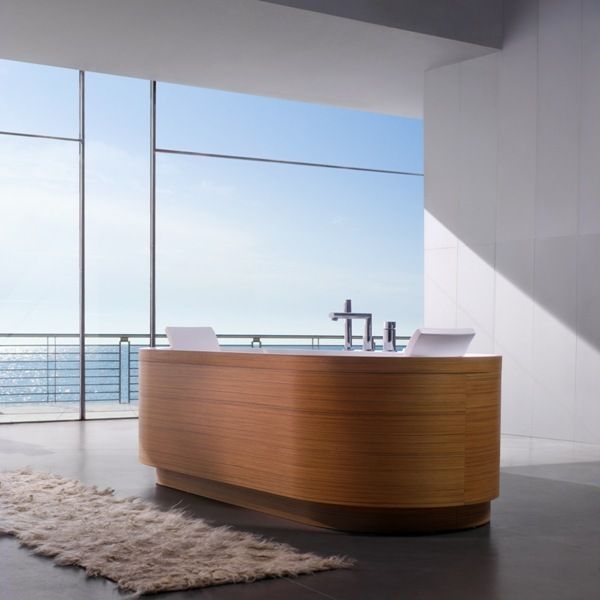 Tile patterns and designs are vast when it comes to the sheer variety you can choose from. One of the tile patterns that people either love or hate, is the subway tile design. There are a few reasons as to why this is true. First of all, tile itself is not something that everyone loves in a bathroom. In fact, many people will actively avoid any type of tile. To some, subway tile is too mainstream or not unique enough to give personality to a design. Of course, there are people who think the complete opposite.

Subway tiles are often used for backsplashes, flooring and different areas of the wall. Again, subway tile can be very elegant and modern to many people, but many people simply do not like tile designs. It can be seen as somewhat mundane or boring in a bathroom design, especially depending on the specific style.

A shower area needs to be as comfortable as possible for the individuals using it, both physically and aesthetically. Pebble flooring in a shower is seen as either very elegant and luxurious or uncomfortable and too natural looking. One reason why this is a polarizing feature is due to the debate over where this kind of flooring should be used in terms of design variety. For example, of course a pebble floor would fit into a nature centric bathroom. However, will it fit into a traditional modern minimalist bathroom?

Another issue people will commonly express about pebble floors is how they feel when standing on them. Different types of pebble floors will be used in different designs, so not each one will feel the same. For example, many pebble floors will be smooth and borderline flush. On the other hand, some will be much more uneven. The way the pebble floor feels will definitely impact the way you look at the shower design as a whole.

Lighting is one of the absolute most important factors in a complete and comfortable bathroom design. However, not all types of lighting are equally desired. A very polarizing lighting fixture, a chandelier can be a great addition or an uncomfortable design element depending on the person and the overall design. Chandeliers can come in a variety of elegant designs, but they do not always fit into any given bathroom. The inclusion of a chandelier will depend on the size and overall design in most cases.

When it comes to personal preferences, sometimes a chandelier can be a bit overwhelming. For example, a chandelier can be a bit obnoxious in a small bathroom design. Of course, not all chandeliers have to be extravagant pieces, but since they hang from the ceiling they can take up a bit more space than desired. In master or larger bathrooms, chandeliers can be incredibly beautiful inclusions. They are unique lighting fixtures that can add a lot to a design, but they are not exactly for everyone.

Much like Victorian bathroom designs, pink bathroom designs are some of the most debated in the bathroom industry. Pink bathrooms were much more common a few decades ago, but you can still find them here or there in some of today’s modern bathrooms. The color pink was one of the most popular colors in bathrooms when they became much more common in the average household. However, as the modern design improved and evolved, it began to fall out of popularity.

The main reasons as to why pink bathrooms are divisive is due to both the overwhelming feeling pink can give off if used too much, and the movement away from the color in modern design. For starters, pink isn’t really a great base color. It is hard to match well with other bathroom colors and it can seem a little tacky sometimes. Today’s modern bathroom colors such as white, black and other neutral colors. However, there are some ways pink can work, and it is important to recognize the best implementations.

Bathtubs are traditional bathroom fixtures that can be found in almost any modern master bathroom or secondary bathroom. However, this is slowly changing as the years go on. Not only are bathtubs in general becoming less common, but freestanding bathtubs have seen a decent amount of debate around them as well. Freestanding bathtubs are often talked about because they do take up a decent amount of space. In addition, people do not take baths nearly as much as they take showers. In fact, some people do not take baths at all.

Due to this, many people are starting to remove their freestanding bathtubs altogether. Taking a bath just isn't as convenient as taking a shower. Open showers, walk-in showers and even bathtub/shower combos are just way more pragmatic than a single stand alone bathtub. However, if your bathroom has a large floor space, and you have the budget, a freestanding bathtub can be a luxurious addition that can add character to your bathroom.

There are many people who love to take on various DIY projects. DIY projects are great for expressing creativity and personality, while serving a helpful function in a design. One of the best ways to include a DIY project in your bathroom is through the use of repurposed bathroom furniture. There are several ways in which this can be done. One of the most common ways to do this is by turning an old dresser or desk into a bathroom vanity. This is a common and easy method, but there are several others to consider as well.

If you are looking for smaller DIY projects to undertake, consider some DIY shelves or towel bars. These accessories are incredibly easy to make due to how simple they are in terms of functionality. A DIY shelf can be made simply by repurposing a piece of wood or any flat item you can mount on a wall. A towel bar can be made by repurposing an old ladder or curtain rod. The possibilities are almost endless when it comes to DIY repurposed fixtures and accessories, so keep your options as open as possible.

Windows are a crucial factor when it comes to creating a complete bathroom design. They aren’t necessary, but they are also not meant to be overused. Depending on the specific type of bathroom you have, where in the home it is positioned and how large it is, windows will be used in different ways. Natural light is very important, but too much can be overwhelming. It will all depend on how the windows are used and where they are located.

The reason windows can be polarizing is because they can sometimes be a bit overwhelming to some people. For example, large wall windows can sometimes feel a little bit too revealing to some. Many people will value the feeling of privacy over how a window looks or the amount of natural light coming into the space. On the other hand if windows are not used enough, the design can feel a bit dark and gloomy. It is important to find the perfect amount of windows and sizes of windows in order to create your perfect bathroom design.

Showers and bathtubs are some of the most common bathroom fixtures due to both necessity and cleanliness. However, not all bathtubs and showers are designed in a universally attractive manner. Corner showers and bathtubs are great for small bathrooms, but other than that, they aren’t very common. Of course, there are exceptions, but a larger bathroom design will benefit much more from an open shower or simply a larger shower space. In addition, a shower or bathtub can be located in the corner of a bathroom while simultaneously allowing for enough comfortable space.

The main reason as to why corner bathtubs and showers can be polarizing is the size and shape of the fixtures. Corner fixtures in general are often a bit smaller and harder to access than standard bathroom fixtures. This isn’t always the case, but it is more often than not when it comes to showers especially. Corner bathtubs are generally going to be alcove bathtubs because freestanding bathtubs will need more space to be used comfortably.

There are many polarizing bathroom design features that can set bathrooms apart from one another. There are pros and cons of every bathroom design trend so it is important to understand the most controversial ones. Designing a bathroom space can be one of the most rewarding yet tedious projects a homeowner can go through. Knowing what works and what won’t is an integral part of creating a perfect bathroom for you.